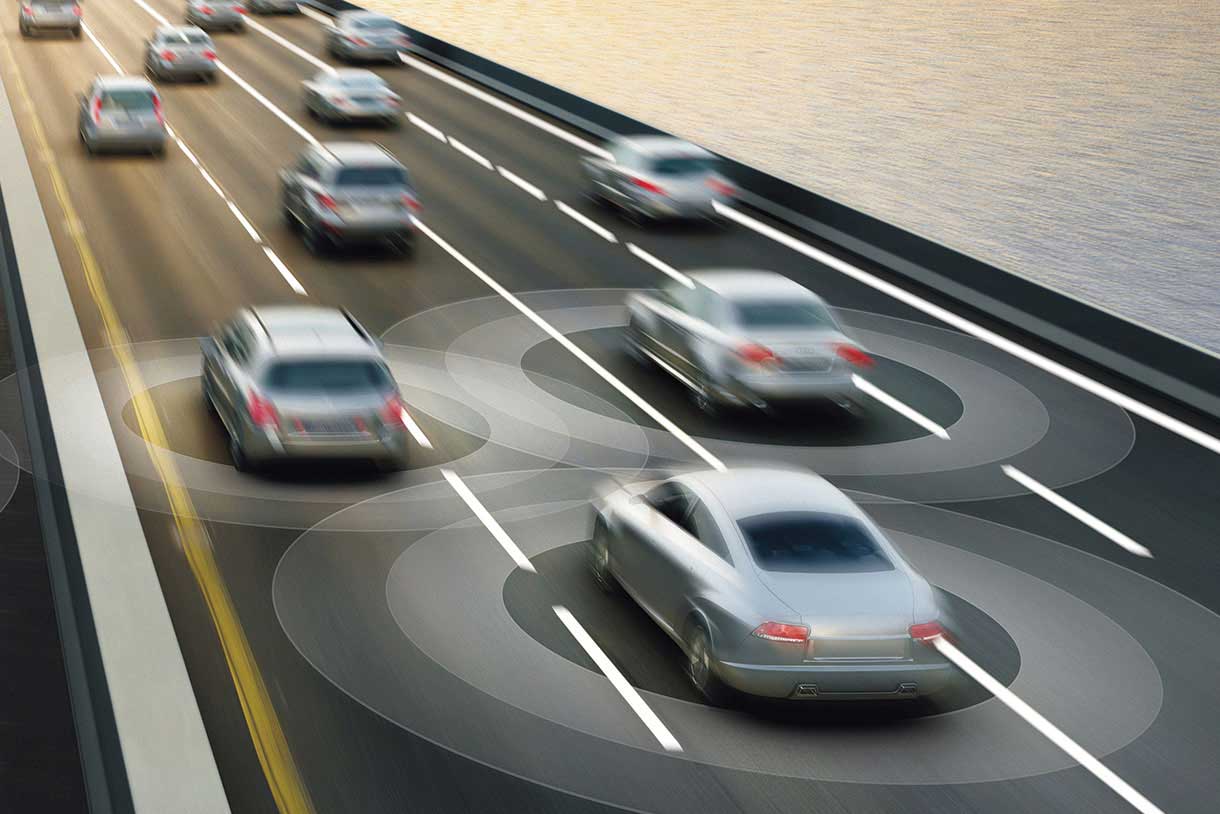 How Will Advanced Driver Assistance Systems Impact Collision Rates in the Future?

Advanced Driver Assistance Systems (ADAS) have become increasingly popular for drivers since their start in the early 2000’s. To map out the history of these systems, from 2000 – 2010, features like Forward Collision Warning (FCW) and Blind Spot Detection (BSD) were installed into new vehicles. 2010 – 2015 technologies included features like Rearview Video Systems (RVS), and Automatic Emergency Breaking (AEB), among others.1 These systems are made with the aim of improving driver safety, whether through crash avoidance or crash severity mitigation. Many studies have looked into the efficacy of these systems, but most are not necessarily generalizable to their contribution to collision claims and their severity in aggregate. In this article, we aim to give a brief overview of how these studies’ findings play into collision frequencies as a whole, and provide some further discussion for why collision frequencies may or may not shift moving forward. 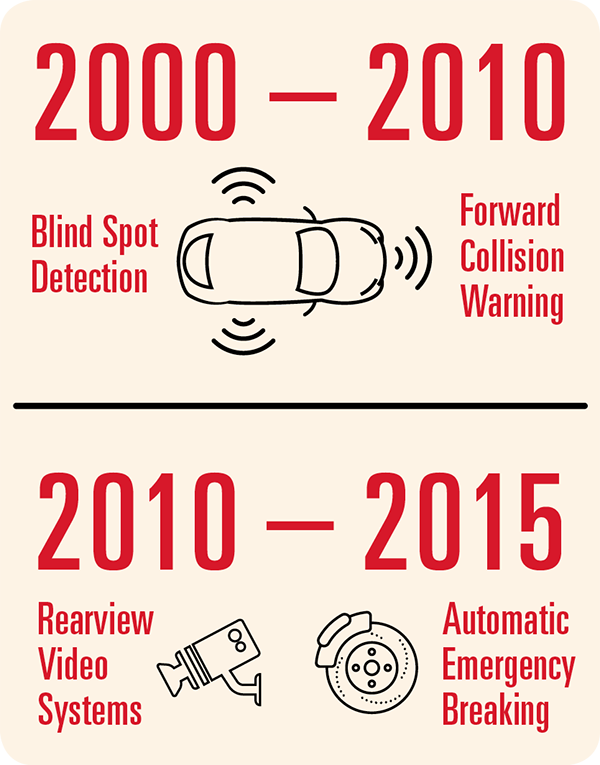 To the extent that ADAS technologies are effective in reducing crash rates, we draw from four excellent reports that have consolidated most of the literature for us. The 2017 and 2018 editions of CCCIS’s “Crash Course” are immense sources of ADAS-related data, from which they forecast future reductions in claim frequencies as a result of increasing ADAS market penetration. The most recent edition estimated that ADAS technologies would reduce claim frequencies by 10 percent by 2025, and about 28 percent by 2040.2,3 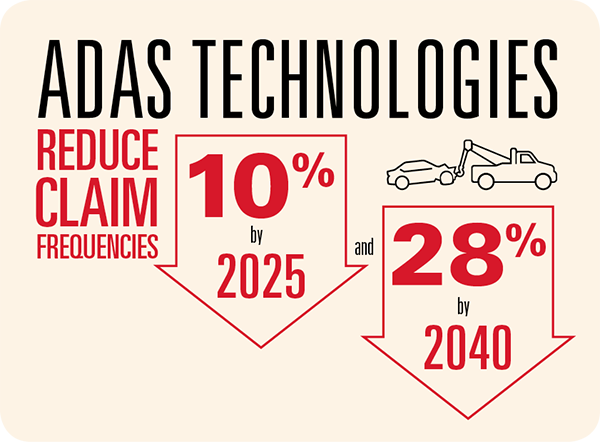 CCCIS expanded on these forecasts in their latest 2019 report by sharing two separate analyses of ADAS technologies on impact area and at different driving speeds. Their results show that for 2016 – 2018 model years and controlling for vehicle class, ADAS-equipped vehicles saw an uptick in the share of rear impact repairable collision losses, but a nearly symmetric drop in the share of front impact collisions compared to non-ADAS-equipped vehicles. In their second analysis, they found ADAS-equipped vehicles saw lower relative crash frequencies to the front of the vehicle at lower speeds, but higher crash frequencies at moderate speeds relative to vehicles without ADAS installed.4

Another study published by the American Automobile Association for Traffic Safety consolidated crash reduction estimates from past papers which studied the efficacy of specific ADAS features. They then use analyses to produce an estimate of crashes these systems would prevent assuming all vehicles in operation were equipped. Their estimated crash reduction was largest for FCW/AEB at 29 percent, with lane departure warning/lane keeping assistance (LDW/LKA, 7 percent), and blind spot warning (BDW, 5 percent), which combined for the potential to prevent 40 percent vehicle crashes in 2016.5

To give a sense of the impact ADAS has had on claim frequencies in the past, we’ve plotted claim frequency and annual vehicle miles traveled (VMT) in the chart below. We observe claim frequency has lagged VMT growth, with 2017 finishing at 11.2 percent and 14.8 percent above 2001 values for the two measures, respectively. We’ve also included claim severity and the share of vehicles declared a total loss, which have increased 35.6 percent and 69.8 percent as well. If ADAS puts negative pressure on claim frequency, its effect has not been enough to stymie the growth in frequency we’ve seen over the past 16 years. If ADAS is expensive to replace, it could be adding to the growth in total loss percent and claim severity. Indeed, some research has cautioned this may be the case,6 while others maintain some ADAS features can limit severity by reducing vehicle speed prior to impact.7 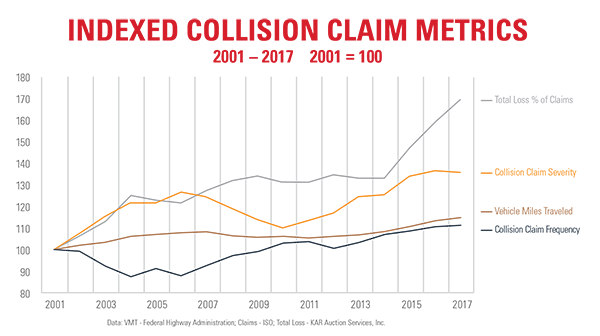 Notes: Claim frequency is represented as claims per 100 car years. A car year is equal to 365 days of insured coverage for one vehicle. Claim severity is the dollar value loss from collision.8,9

During that same period, however, very few vehicles were equipped with ADAS technologies and their growth was relatively slow. According to the Highway Loss Data Institute (HLDI), less than 1 percent of vehicles contained rear parking sensors, front crash prevention, AEB, rear cameras, LDW or blind spot monitoring in 2000. By 2016, HLDI predicted rear cameras to be installed in just under 25 percent of registered vehicles, and estimated rear parking sensors and BSW to be equipped in about 16 percent and 7 percent of all vehicles, respectively.10 (“Predicted availability and fitment of safety features on registered vehicles”). Whether ADAS has contributed to lower claim frequencies and severity, it seems the relatively low share of vehicles with these technologies installed have not been enough to outweigh prominent structural factors like VMT, distracted driving, and weather so far.11

By 2021, HLDI predicts the share of registered vehicles with one of these ADAS features double for rear cameras, with as high as four times the current share equipped for some of the other technologies. By 2030, they predict almost half of all vehicles will have each one of these features installed. Bolstering this expectation of market penetration growth is a voluntary commitment made by twenty different automakers in 2017 to equip nearly all new models with an AEB/FCW feature by 2022.12 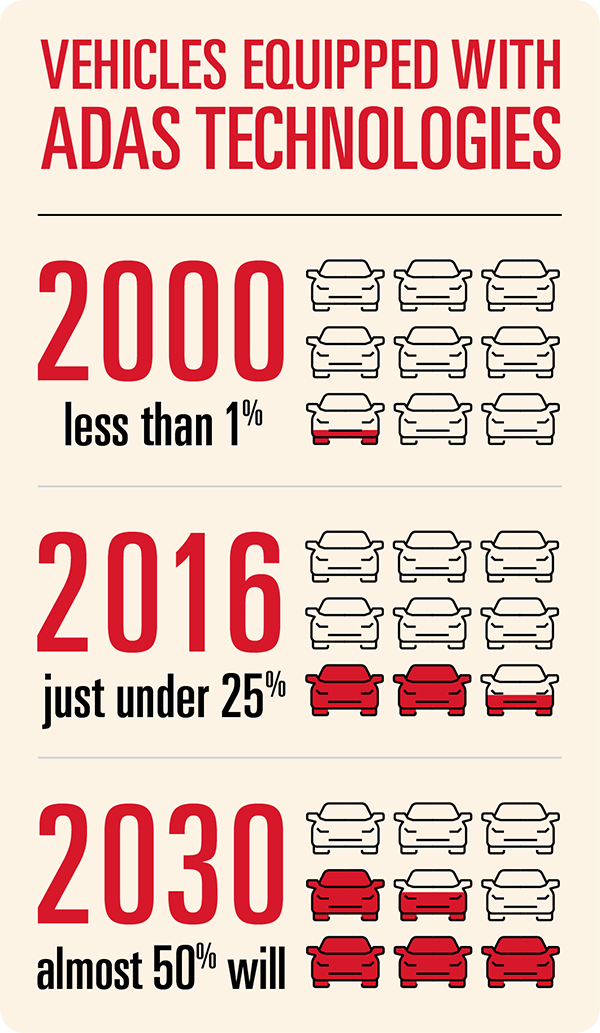 If we take these predictions of ADAS installment rates at face value, their intended influences may begin to take hold. What follows is a breakdown of some of the factors that would prove favorable and unfavorable to that outcome.

Factors that could offset a reduction in claim frequency and severity: 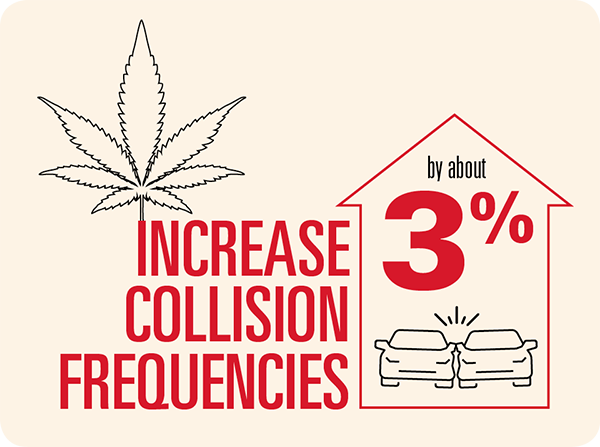 Factors that would bolster a reduction in claim frequency and severity: 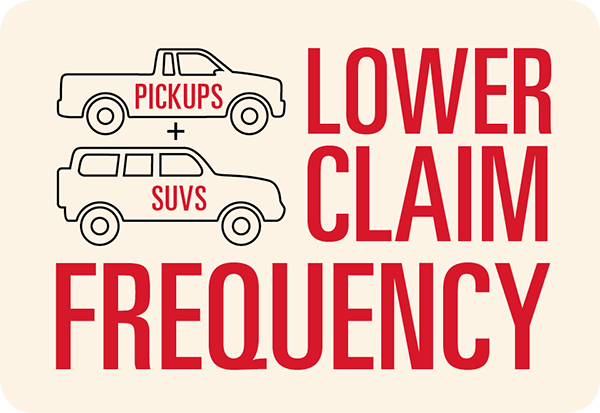 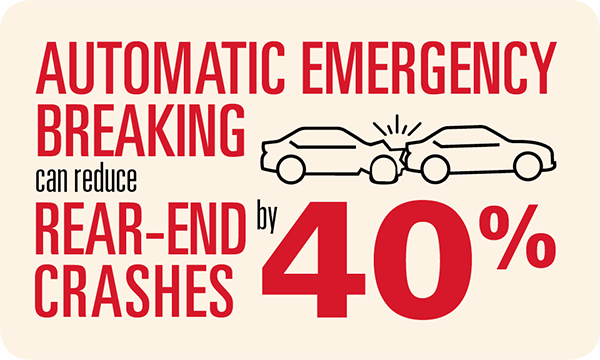 ADAS technologies have slowly been increasing in market penetration over the last 20 or so years, and most experts agree that ADAS-equipped vehicles will rapidly increase as a share of those in operation over the next 20. Almost all analyses seem to agree on the potential for ADAS to prevent crashes. These analyses also agree that as they are increasingly equipped, claim frequencies could slide as a result. So far, these systems have not been installed in enough vehicles for us to observe any meaningful drop in vehicle crashes in the aggregate, or at a minimum to outweigh other market factors that have led to higher claim frequencies in the recent past. Claim frequency is a function of many different inputs and complex relationships, and we will to continue to monitor the impact these influences may have on collisions moving forward. 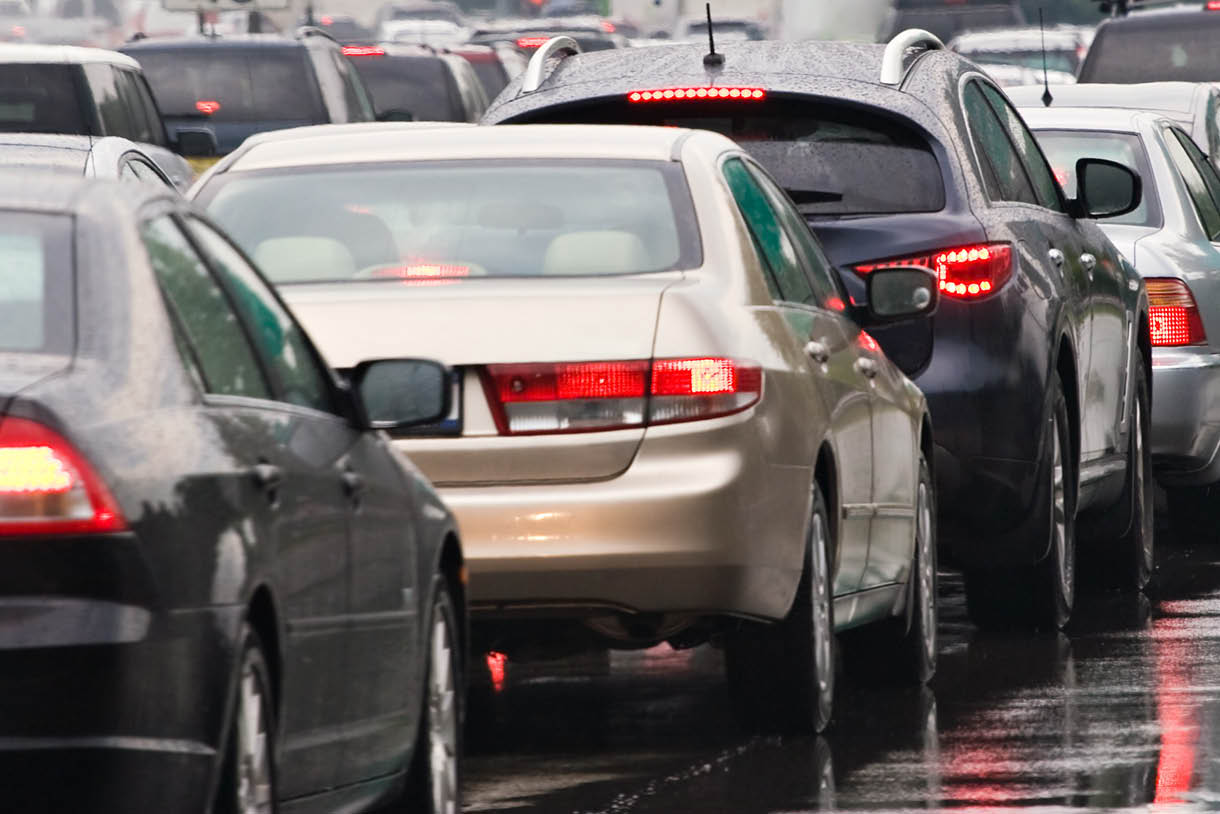 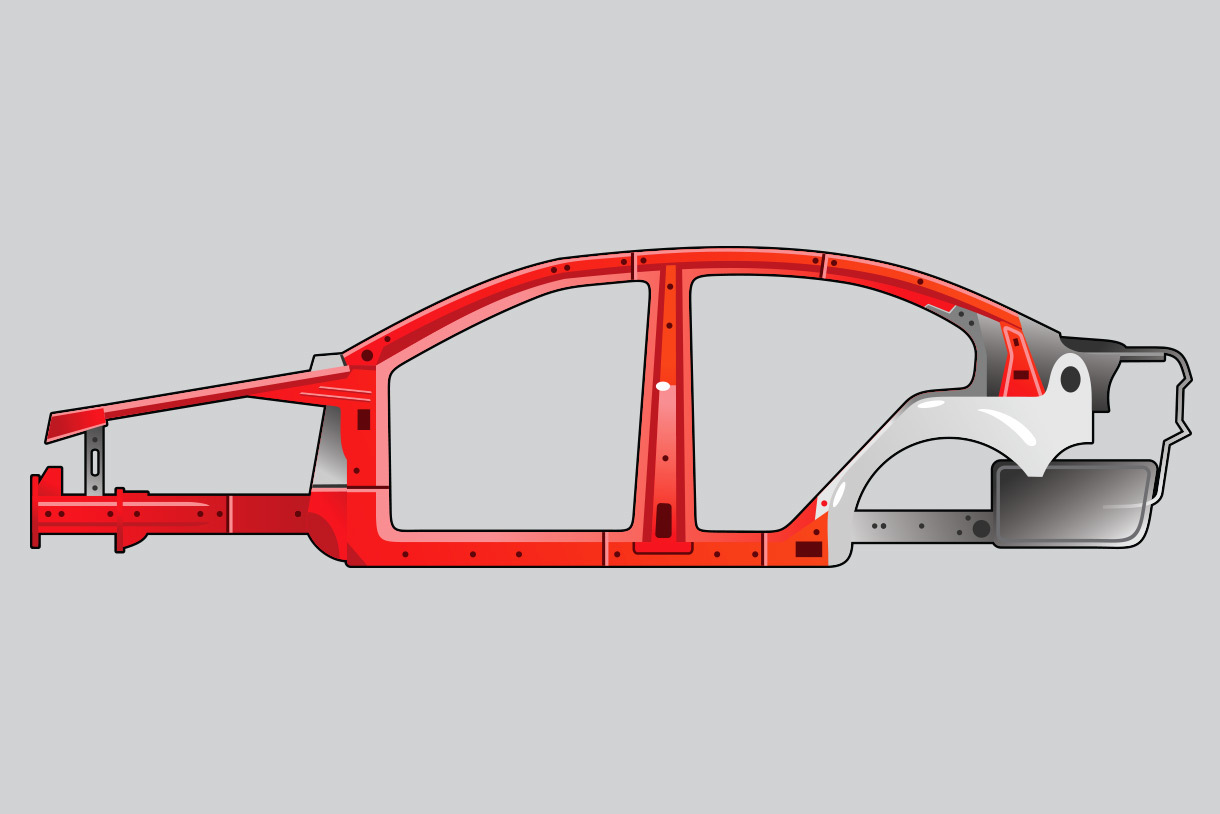 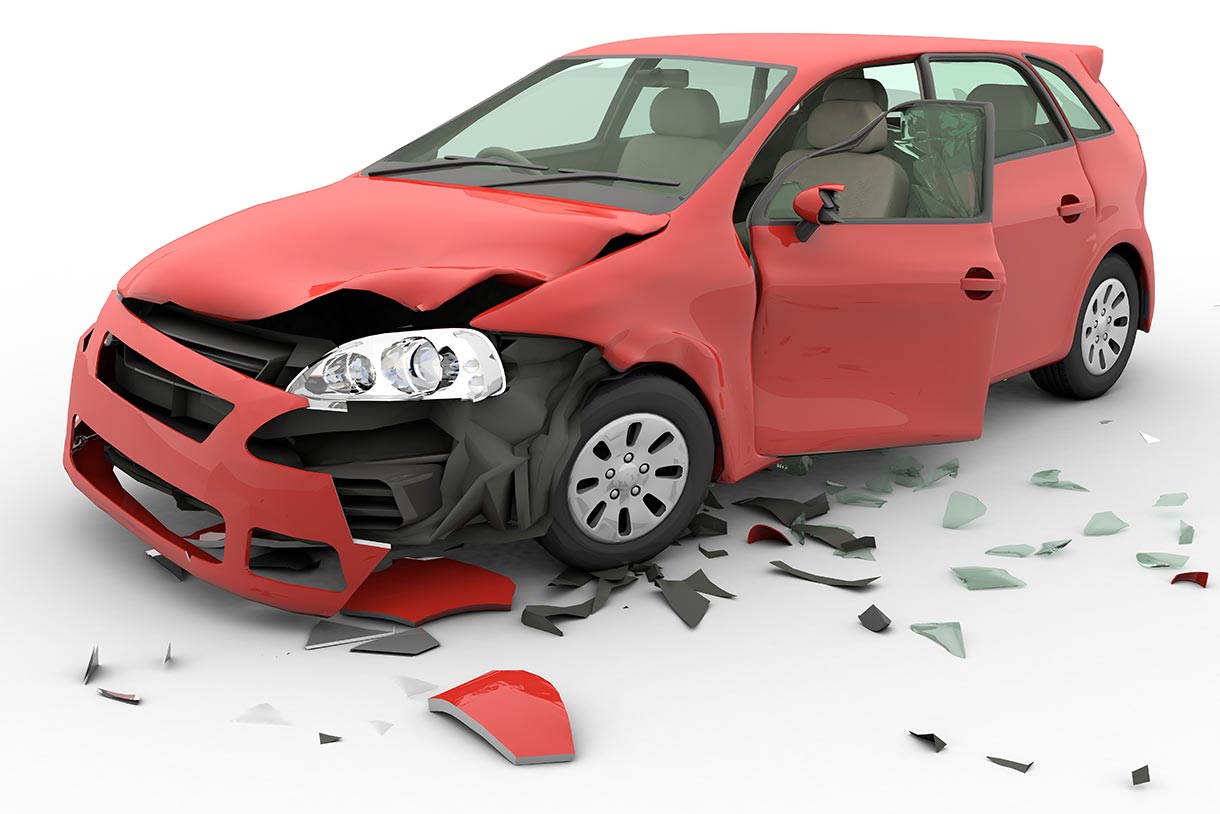 The Rise of Total Loss